Getting suits tailored in Hoi An, Vietnam. Martin had been looking forward to this experience for a very long time; the service at Yali tailors did not disappoint.

Making full use of the butler service in our double suite at the Sheraton Grand in Bangkok.

Visiting the Taj Mahal in all her stunning beauty.

Getting lost among the ruins of Hampi – a totally unexpected gem in India which took our breath way. 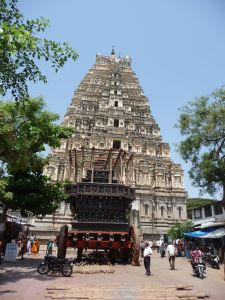 WALKING Angkor. The experience of walking the main circuit and exploring temples in a totally different order from the crowds really made our visit. 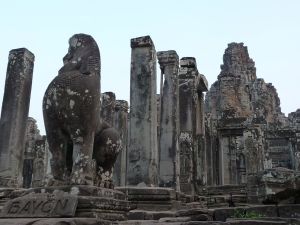 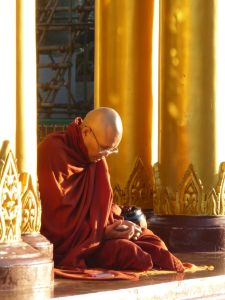 Fun in the sun on the idyllic beach in Tangalle. 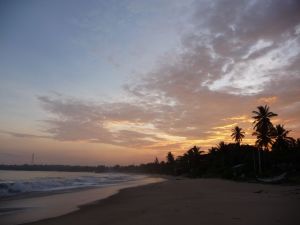 Tea for Two in Ella

Though it was difficult to pull ourselves away from the beaches in southern Sri Lanka, it had to be done. We had come all the way to Ceylon and were determined to see how the most popular drink in Asia is grown and processed. Luckily our visit also coincided with one of the prime harvest months for tea.

Picturesque Ella was a 5 hour bus ride from the coast, up winding roads that took us into the hills of the Tea Country. At times cloud cover is so low that a fog descends and the sun is obscured, making it seem more like the Scottish Highlands than the heart of a tropical island. It is here that the Sir Thomas Lipton of Glasgow, Scotland set up the factory in Dambatenne, which would make him rich and Lipton a world famous brand.

I must admit that I found the tea at restaurants in Ella inferior to the dark, flavoursome ‘Builder’s Tea’ served at the Bangladesh Tea Research Institiute and could not help wondering whether the Sri Lankans reserved the best for export, as the Colombians do with their coffee.

Although I only drink Lipton Tea as a last resort when I am abroad, I was intrigued by the history of Dambatenne (better known as the ‘Lipton Factory’), which lies 20 minutes outside of Haputale, so we decided to visit for the day. 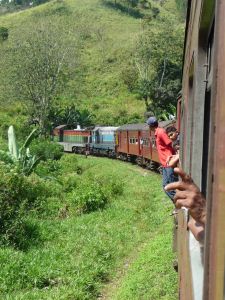 Chugging from the quaint station at Ella we passed through the pretty countryside dotted with tea estates and rice paddies. Our seats in 3rd class separated us from the gaggle of camera toting tourists at the other end of the train, as we travelled with locals through some of the most picturesque landscape in the country.

When we finally made it to Dambatenne, jammed in with several generations of tea pickers on the dangerously overloaded factory shuttle bus, we were welcomed into the factory and promptly taken on a tour.

We observed men running in from the fields to deliver 30 kg loads of tea leaves that were then weighed and dried and witnessed tea being separated by quality and processed. 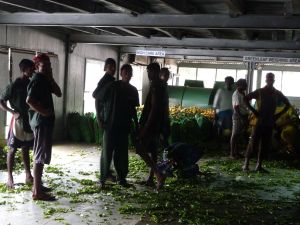 Today the biggest threat to the tea business in Sri Lanka is the ambitions of the younger generation. We asked the guide how the factory competed with the lure of the Colombo and comparatively lucrative jobs in the Middle East. In his mid 20s himself, our guide could only lament the trend towards modernity, explaining that the tea plantations were increasingly reliant on seasonal migrant workers from the lowlands of Sri Lanka. We sensed that it was difficult to impart the learning of a lifetime to a seasonal labourer.

Traditionally tea picking has been done by women in south Asia. However, we witnessed many men picking tea in Sri Lanka, perhaps with the harvest waiting and the number of tea pickers dwindling, traditions are being set aside. The challenge for tea plantataions remains maintaining the knowledge passed down from generation to generation (“pick this leaf, but leave that”), while ensuring that young people who want it can get access to a good education which will prepare them for the changing world in which we live.

The pearl shaped island of Sri Lanka is the smallest of the countries which make up the sub-continent, however it packs in enough attractions to rival many of its larger neighbours. Lush forests, temples, tea plantations and pristine beaches are never more than a few hours away. As the rich collage of colonial (Dutch, Portuguese and British) influences in towns like Galle shows, Sri Lanka’s charms gained notoriety centuries ago.

After the frantic pace in northern India, we really needed to recuperate, so we headed straight for the southern coast. Our first stop was Unawatuna, a dot on the map, off the main Galle to Matara road, which became infamous for receiving the brunt of the 2004 tsunami. Though it was once famed for its pristine beaches, few lessons have been learned from the tsunami: today walking on the beach is almost impossible because the hotels and restaurants that were destroyed in 2004 have been rebuilt even closer to the water! Unawatuna was not quite the idyllic setting we were hoping for, so after a chat with our neighbours on our second night there (an Australian couple who had spent 2 months biking around Sri Lanka), we pushed on down the coast to Tangalle.

Described by the Lonely Planet as the kind of place that fantasize about on a wintery day in Europe as rain pelts the windows, Tangalle was everything that we had been dreaming of and more: Nothing is built on the beach, which is pristine and there is nothing to do except read, eat, drink, swim (if you can handle the powerful waves) or sunbathe. There are so few people that other humans appear like vague dots on the horizon; you never have to compete with others for a stretch of beach.

Every day you can eat freshly caught lobster, prawns (shrimp) and fish washed down with ice cold beer or fresh fruit juice. Leaving Tangalle proved so heartbreaking that we decided to stay. That is the sort of place it is. 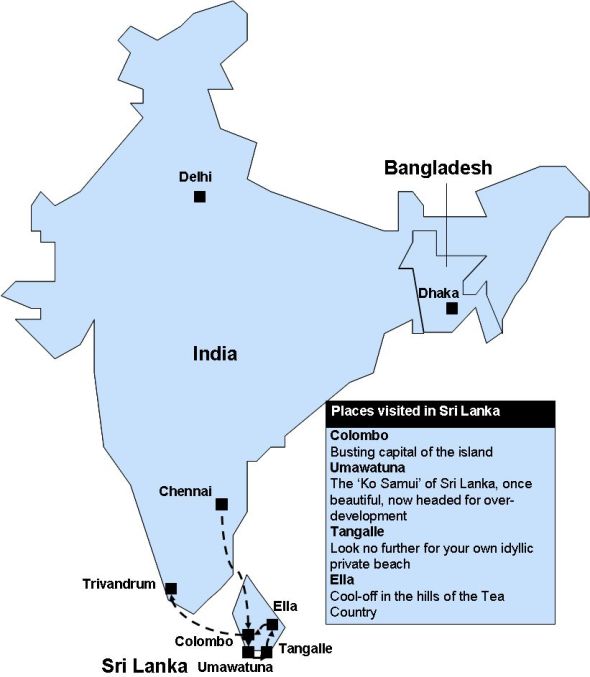 On the map, the island nation of Sri Lanka appears to fall like a solitary tear, off the ‘chin’ of India. The country has had more than its fair share of tragedies including a protracted civil war and the devastating tsunami in 2004, however Sri Lankans are not downbeat. Traces of the tragic chapters of life on the island elude all but the most inquisitive observer (the scars of war are off the tourist trail); one could mistakenly infer that that life on the island has always been a succession of peaceful, lazy, sun drenched days, but perhaps it is the ability to move on that makes Sri Lanka what it is today. 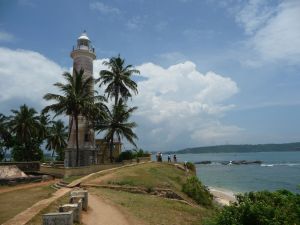 Exasperated with big traffic choked cities in Asia, we headed straight from the airport to the central train station in Colombo (the capital) and on to Galle, a former Dutch fort on the south western coast, which was so well constructed that it was one of the only structures on the coast to have survived the tsunami intact. 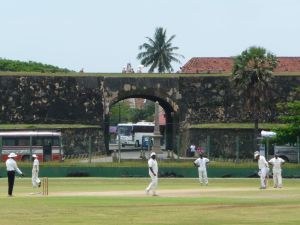 The bus ride from the airport was, quite literally, an introduction to the rhythm of the island. As we boarded, the pubescent driver fired up the ancient former Japanese town bus, turned up the sound system and we were off. For the next 45 minutes we were treated to a steady stream of pan pipes (yes, pan pipes and we aren’t even in Peru yet!), reggae, brazilianesque samba, a hint of African pop-music, something resembling Caribbean soka, R&B and local ballads. Even when Sri Lankan rap was being played, the elderly passengers seemed content enough to nap through it. The volume impeded conversation, but bumping along sun baked roads fringed with palm trees, it was hard to resist rocking to the myriad beats belted out.

Occasionally the bus was so crowded that the conductor struggled to push through the bodies jammed in the aisle, but not one person seemed agitated or aggressive. People were well dressed and, for the most part, immaculately groomed. Sri Lankans actually used zebra crossings and drivers slowed down to allow pedestrians to cross the street. It had been a long time since we last witnessed such orderliness.  There was something instantly likable about Sri Lanka, although we had just arrived, we were had a feeling that we were going love it.