On discovering that there was a German speaking community of Mennonites living in the middle of the Chaco we simply had to visit. Getting to Filadelfia, the largest and most important of the Mennonite communities in the Chaco, is easier today now that there are two buses a day which make the eight hour journey from Asunción, the capital of Paraguay. However, even a brief glance at the map will show that Filadelfia really is in the middle of nowhere; the journey reinforces this in the mind of the every passenger as the bus bumps its way along the sandy road bordered one either side by unbroken Chaco and few inhabitants as far as the eye can see.

Who were the Mennonite settlers who settled in this ‘Green Hell’? There are actually two main groups which belong to the Mennonite community in Paraguay: The first is comprised of pacifist Christians of German descent, who moved to Paraguay from Canada in the 1920s; they wanted to maintain their religious freedom and the ability to educate their children in German, rather than in English as the government of the time had requested. The other group was made up of the descendents of Russians who first fled the upheavals of Bolshevik Russia and Stalin’s subsequent purges. One Mennonite we met told us the story of her deaf father who had escaped Russia with her mother and made the long journey to Paraguay in search of a better life.

At the Jakob Unger Museum on Ave Hindenburg it is possible to see some of the numerous items which settlers brought from Europe to Paraguay and to see photos depicting the conditions under which they lived in the first decades after the settled. Other items of interest include an example coffin made from a hollowed out tree trunk, the printing press used to produce the local newspaper and money from the period of the early waves of immigration. In a separate building an impressive collection of taxidermy including a puma, an anteater, local birds and reptiles is also on display.

Like the first settlers in America, the Mennonites were attracted by the opportunity for self determination and the chance to cultivate land which they received from the Paraguayan government. Photos in the Koloniehaus, which now houses the Jakob Unger Museum, document the history of the Mennonites – proud Europeans wearing the unsuitable winter garments as they pose for photographs in the overgrown Chaco. The tropical heat, disease carrying mosquitoes, snakes, pumas and jaguars as well as the lack of potable water must quickly have put the notion that they had reached the promised land out of their heads – over time they dubbed the Chaco the ‘Green Hell’ because of its razor sharp vegetation, which, if not carefully removed, could cause desertification, rendering the land useless. Another issue was the extreme temperature fluctuations which the region is prone to.

To this day, although the Chaco covers more than two thirds of Paraguay, only 2.5 % of the population currently reside there. However, with the completion of the Trans-Chaco Highway, which now provides a vital link to neighbouring Bolivia, tourists and job seekers from other parts of the country, as well as those looking to escape the drug-fuelled crime in eastern Paraguay have started arriving. Previously, there was limited contact with the outside world: Paraguayans did not choose to visit this inhospitable environment – this was a place of exile for opponents of the government and the location of the Chaco War, but aside from that the settlers managed to maintain a traditional lifestyle in keeping with their beliefs and values.

On arrival in Filadelfia, it is easy to see why poorer Paraguayans are attracted to the Germanic order of Filadelfia with its rubbish free streets, which lack the ubiquitous stray dogs seen in other large towns; the grid-like plan of the town with its wide roads, large houses and prosperous farms makes for a strikingly calm contrast to Asunción and Encarnation. 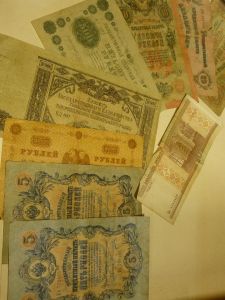 In town the contrast between the cars and houses of the Mennonites compared with those of the indigenous people as well as the wealth of supplies available at the Fernheim co-operative supermarket, as opposed to the basic staples on offer in the shops owned frequented by the indigenous population are reminders of how unequal the wealth distribution in the area is. When questioned about this the German Mennonites we talked to argued that their parents and grandparents had come to this place which nobody else had wanted to inhabit and created all of their wealth from scratch.

The curator of the Jakob Unger Museum and a local shop keeper explained (in excellent German) that the recent interest that Filadelfia has attracted has not necessarily been positive. There is concern that limited availability of jobs may lead to crime and other social problems, they also mentioned that although most of the community is now fluent in Spanish, in order to maintain their culture and traditions they would like to employ people who speak German. Given that the number of tourists who visit the area is relatively small, they are not seen as posing a threat to the Mennonite way of life. If one looks at the way people dress, observes the strikingly blonde Mennonite teenagers making their way to and from school and watches the local TV stations (which include live broadcasts of cattle auctions from around the country!), is clear that Filadelfia is being increasingly influenced by the outside world.

This entry was posted on August 9, 2011 by mnmworldtrip. It was filed under Uncategorized .