Paraguay? Why Paraguay? It seems that everyone you tell asks those two questions at some point because the general consensus among travellers in South America seems to be that Paraguay, rather like Suriname and the Guyanas is of minimal importance in comparison with other countries on the continent because it lacks major attractions such as Machu Picchu, Salar de Uyuni or Buenos Aires.

1. Paraguay is the second poorest country on the continent after Bolivia and the gap between the wealthy and the rest is quite striking. Driving through the country it is possible to see palatial villas and brand new SUVs, which contrast starkly with the rickety public transport system and the large number of buildings which look ripe for demolition. The unequal distribution of wealth in the country has also been the cause of land seizures by indigenous groups. 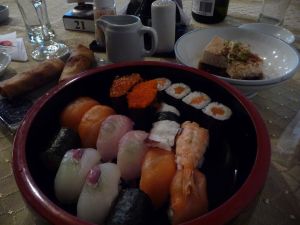 2. Like us you may find Paraguayans pretty difficult to understand because they seem to mix their Spanish and Guaraní in conversation (this mixture is known as Jopará). Among the Mennonite communities in the Chaco, German (Hochdeutsch and Plattdeutsch) is still spoken.

3. Paraguay is home to Trinidad and Jesús, two of the least visited Unesco World Heritage Sites on the continent. Trinidad is the best preserved of the two sites and is easily visited by bus from Encarnatión. The Jesuit ruins are set on a lush green hill in the middle of a small village and because there are so few visitors you can pretty much have the whole place to yourself.

4. The world’s largest water reserve, the Acuifero Guaraní, lies under Paraguay (and parts of Brazil and Argentina) and the Chaco, also known as the ‘Green Hell’, makes up more that 60% of Paraguayan territory, however less than 3% of the population lives there, most of whom are indigenous, as well as the descendents of Canadian and Ukrainian-German Mennonites. 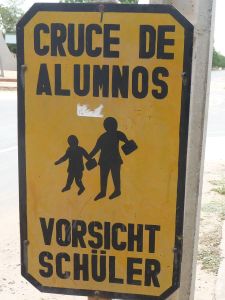 5. In recent years Paraguay has attracted interest from outsiders because of its reputation for producing beef (as we learned when we turned on the TV one day to find that there was a channel dedicated to cattle news and broadcasting auctions!) and for the potential profits which soybean farmers, who are facing increasing prices for arable land in Argentina and Brazil, hope to make by relocating there. President George W. Bush Jr. is also rumored to have purchased an estate in the country in 2006. 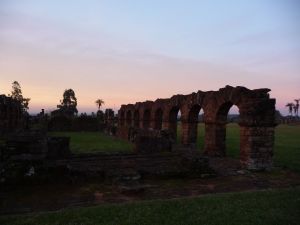