Getting Lost in the Ruins of Hampi 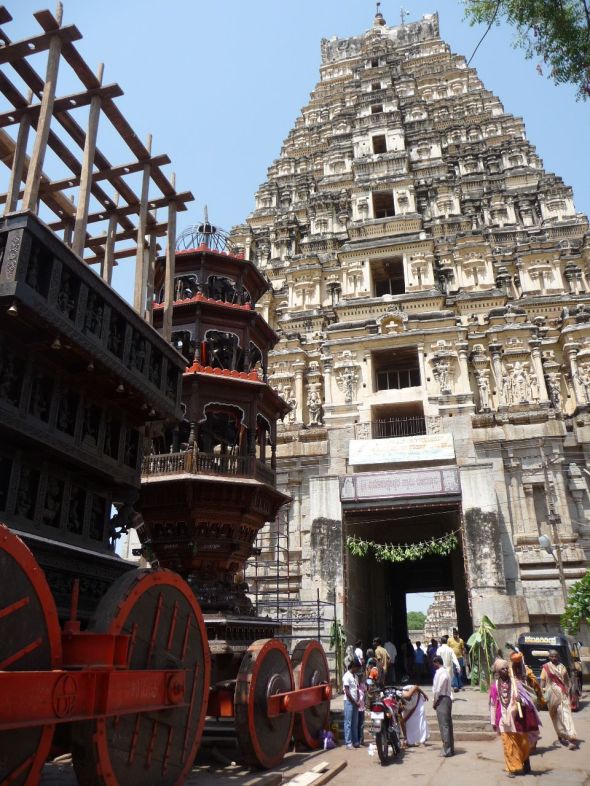 We had only heard vague mentions of Hampi from other travellers; although our guidebook ranked it as one of the must-sees in India, nothing we had heard could have prepared us for this magnificent World Heritage Site. 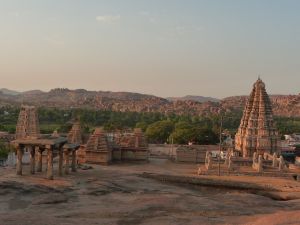 As we approached Hampi Bazaar in a rickshaw from Hospet station, we were greeted by the majestic gopuram of Virupaksha temple towering above the palm trees like an ancient Mayan pyramid. Though it was built in 1442, the carvings are incredibly well preserved, but less risqué than those at other sites in the area (parental guidance advised!). If you want to enter the temple, which is still in daily use, the locals welcome you to do so – if you are lucky, you may even get to see the resident elephant, Lakshmi in the morning. 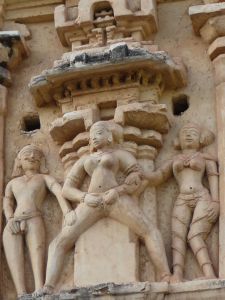 We spent many hours getting lost among the ruins, which date from 1336, in the most unexpected places: nestled between giant boulders scattered along the Tungabhadra River and hidden in the banana plantations which surround Hampi. 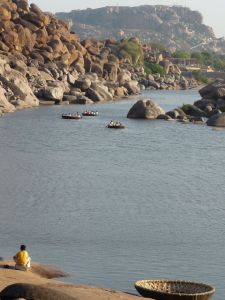 The ruins are incredibly quiet today, but by the 16th century the settlement had morphed into an urban centre supporting some 500,000 people (more than the contemporary population of London).

Although we felt safe exploring the ruins in a pair, if you do get lost or twist an ankle, it is so eerily deserted that there really is nobody around to help you. The terrain is also quite difficult to navigate, so a decent map, sunscreen and plenty of water are essential. 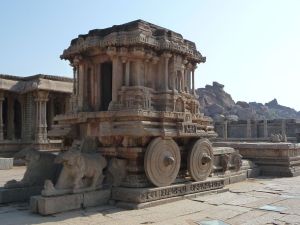 Even without the ancient architectural gems which are dotted around the surrounding countryside, the boulders, lush palm trees and paddies would be awe inspiring, but the obelisks, palaces and temples which have been superimposed on the landscape make it utterly breathtaking. 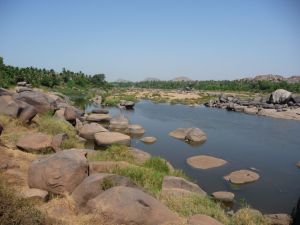 One of our favourite sites was the splendid Vittala Temple which sits in an isolated spot near the river. It is incredibly well preserved and contains beautiful examples of Vijayangar sculptures and an exquisitely carved stone chariot which sits in its courtyard, that even has stone wheels which could turn. 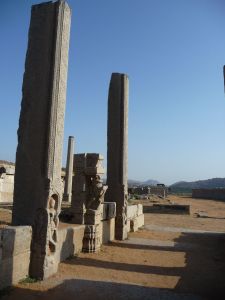 Unlike Angkor Wat, the whole complex remains largely untouched; there was not another tourist in sight, giving us the feeling that we were the first people to have ‘discovered’ Hampi. It was hard to believe that we were free to wander the sites alone and that almost all of them are accessible without an entrance ticket! 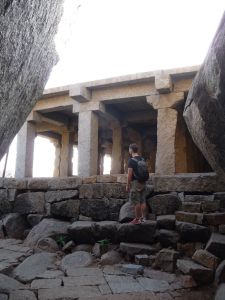 Thankfully, Hampi is not yet visited by hoards of tourists; no artificial walkways have been built to protect the stone steps and most of the ruins are unguarded, however as the volume of visitors increases, as it undoubtedly will, it remains to be seen whether the site will be able to retain its charm. 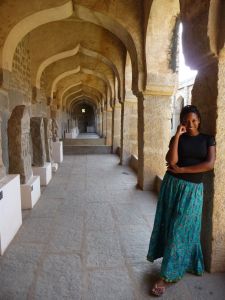 This entry was posted on April 19, 2011 by mnmworldtrip. It was filed under Uncategorized and was tagged with India, South India.